Music On The Grill: Nick La Riviere and The Best Laid Plans 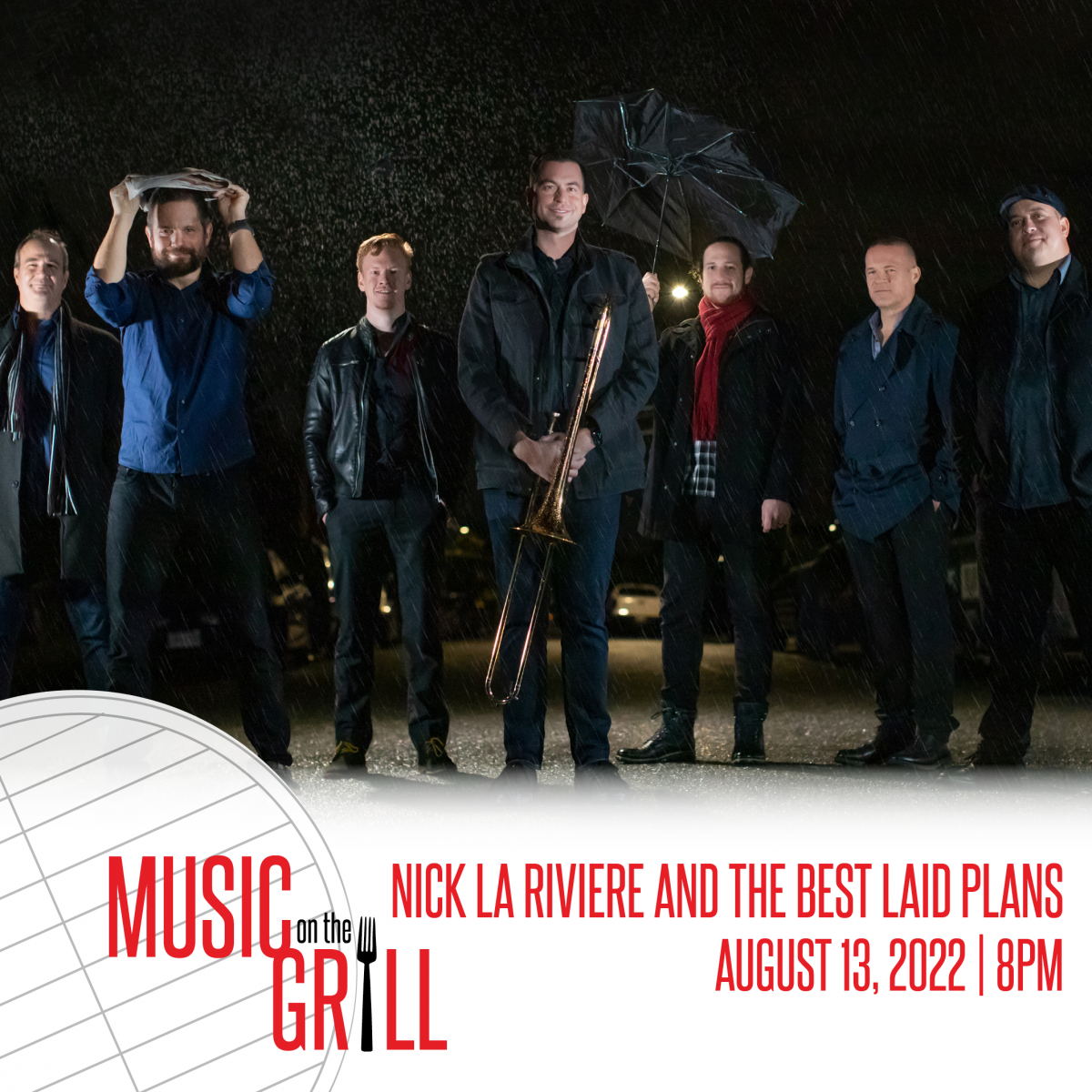 Music on the Grill is one of the best night’s out in the city. Join us for a BBQ catered dinner on the portico overlooking Lafarge Lake, with dinner music provided by one of our local emerging artists followed by a full musical concert in the studio theatre.

This band is all about the energy! Blazing solos, top-notch musicianship, and variety.. Featuring Nick La Riviere on trombone and vocals, Michael Kim on trumpet, Armando Alvarez on sax, Kelly Fawcett on guitar, Chris Van Sickle on keys and vocals, Louis Rudner on bass, and Alex Campbell on drums. Performing originals, New Orleans party music, Soul, R&B, and anything fun! Best Laid Plan’s original music is influenced by a diverse mix of artists – from Ben Folds to Trombone Shorty to Allen Toussaint. Piano centric pop and funk grooves with New Orleans style horns and wild trombone solos that could have been 80’s guitar solos. A dynamic performance, from a whisper to a roar, from a protest song to a feel-good. A musical journey not to be missed.

Singer-songwriter Nick La Riviere is an accomplished trombonist who has toured internationally with bands such as the Juno award winning Paperboys, Michael Kaeshammer, Locarno, The BC World Music Collective, and Adonis Puentes. He’s been a special guest with such bands as 54-40, Steven Page (Barenaked Ladies), and even The Temptations. As a freelancer, he’s one of Victoria’s busiest musicians.