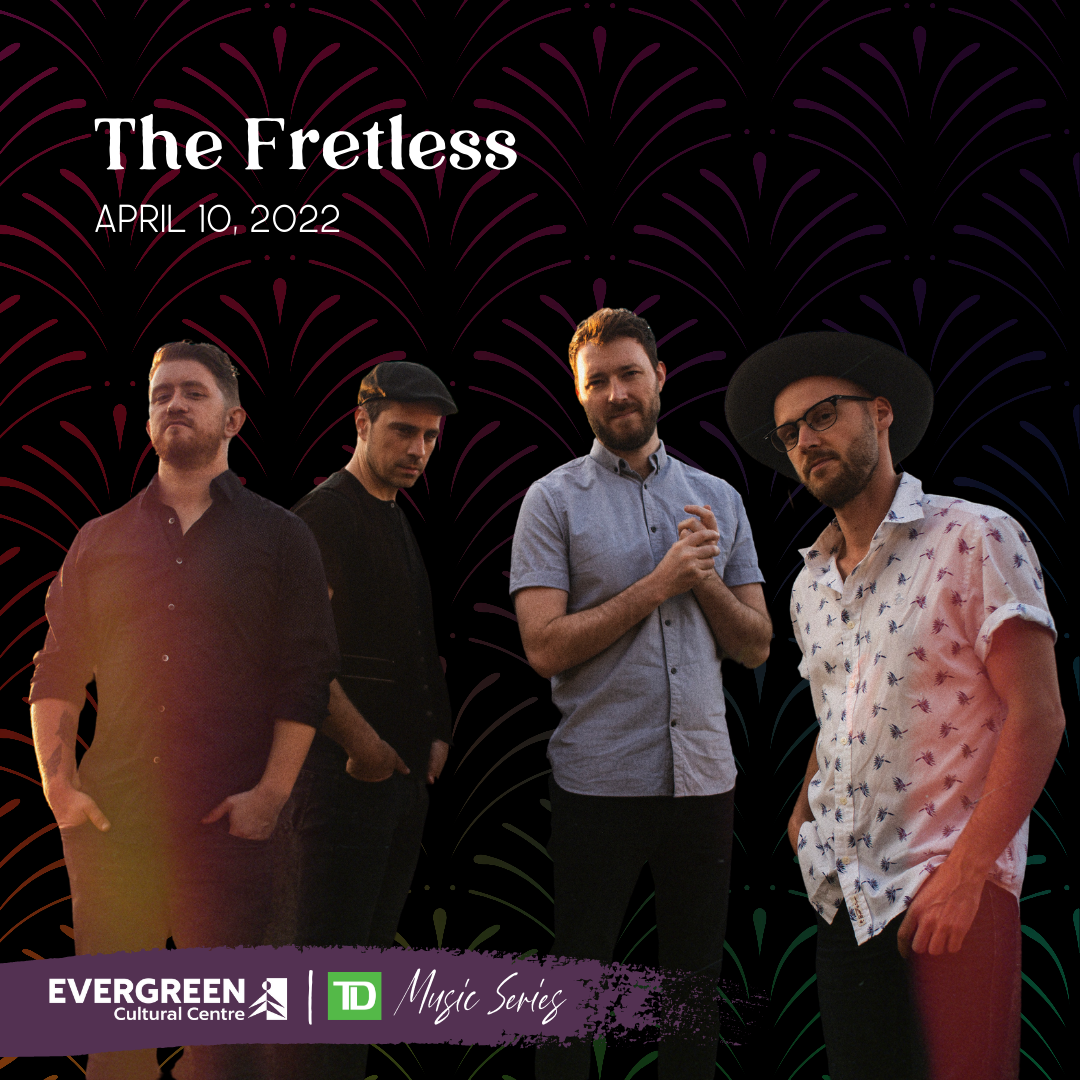 Starting with their debut album in 2012, the band has steadily pushed further into the public eye, winning Instrumental Album of the Year at the Western Canadian Music Awards and Instrumental Group of the Year at the Canadian Folk Music Awards. Its 2014 tune “Waving To Ryan” has topped a million Spotify plays, and in 2016, The Fretless took home a JunoTM award for Instrumental Album of The Year for their album Bird’s Nest. 2018 saw the release of the band’s newest record, “Live from the Art Farm”, in which the band recorded ten all-new intricate arrangements in front of three microphones and an audience, straight to tape. The Fretless are just as likely to perform at a concert hall (most recently, halls such as the Royal Glasgow Concert hall in Scotland, The Colon Philharmonie in Germany, or the National Arts Centre in Ottawa) as a folk festival (such as Vancouver Island Folk Fest, Winnipeg Folk Fest, Memoirs et Racines).

They can be found playing a pub one day and a chamber music festival the next; collaborating with a world-class vocalist (The Wailin’ Jenny’s, William Prince, Lennie Gallant) the weekend before a bluegrass festival. The band is taking their innovative and vibrant version of a string quartet to countless corners of the musical world, bringing audiences on a journey that transcends genre, defies stereotypes, and can only be described as
The Fretless.