Music On The Grill: The Melanie Dekker Trio & Barnstormer Band 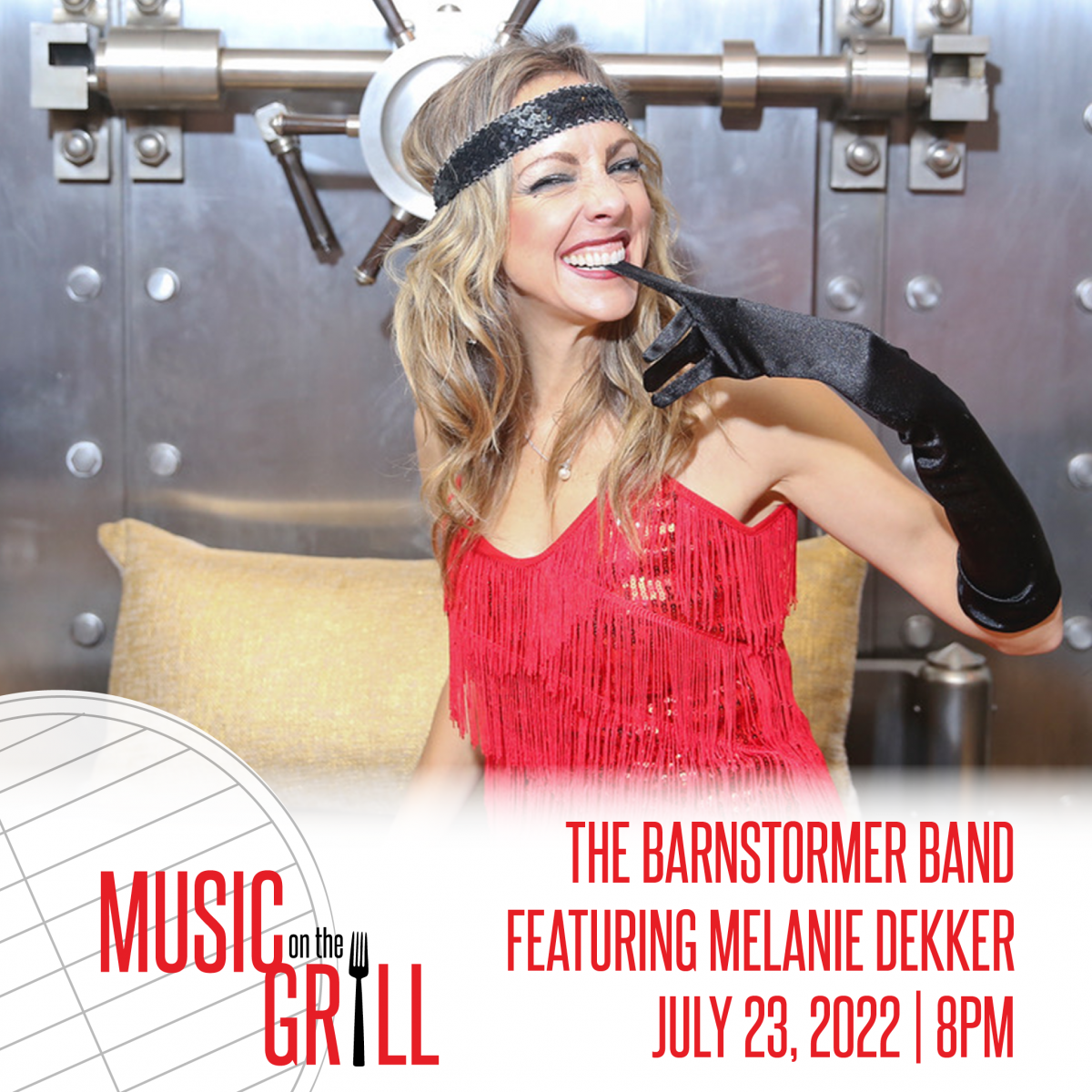 Music on the Grill is one of the best night’s out in the city. Join us for a BBQ catered dinner on the portico overlooking Lafarge Lake, with dinner music provided by one of our local emerging artists followed by a full musical concert in the studio theatre.

Join us for a night of music with Melanie Dekker, Canada’s voice like chocolate. The evening begins with a solo set from Melanie, and continues to build into the evening as she welcomes in musicians in to form a trio, and finally, the full Barnstormer Band.

ABOUT THE ARTISTS | MELANIE DEKKER

Melanie Dekker is a staple of the West Coast music scene! A Canadian roots-pop song-writer from Vancouver, BC, her voice like chocolate, and her world-class strumming and authentic approach has earned her radio hits and 100’s of tour dates. Dekker focuses on the connection – between people & the emotions that guide us. She tugs on your heart and leaves you smiling by intertwining fresh vivaciously expressed stories with a powerful variety of memorable songs. Her Dutch, down-to-earth approach has a sentimental yet sassy style. This is apparent not only in her music, but also in her popular Youtube videos which include her plunge at the Polar Bear Swim, the 2010 Olympics, her own wisdom tooth removal, Christmas concerts in AFG, & a romantic run-in with a mannequin.

ABOUT THE ARTISTS | BARNSTORMER BAND

A 5 piece roaring 20’s band with instrumentation rarely heard together. The Barnstormer experience includes banjo, kazoo, ukulele, guitars, upright bass, a traditional trap drum kit, clarinet and belt-it-out vocals. You will witness playful interplay between famous 1920’s characters (like Einstein & Al Capone), and their corresponding 1st class musicians. Melanie Dekker is the energetic band leader and a recording artist from Vancouver, BC. Combined with these world class musicians the band has over 250 years of live concert experience. Embrace the 1920s prohibition and dance craze era with a vivacious band who combines studious easy going musicianship, costumes, and multi-instrumental talents. (Where possible they have a multi-media backdrop too.) Walk right in, get your wiggle on. There’s nothing like the feel good jazzy roots styling that this one of kind band has to offer.