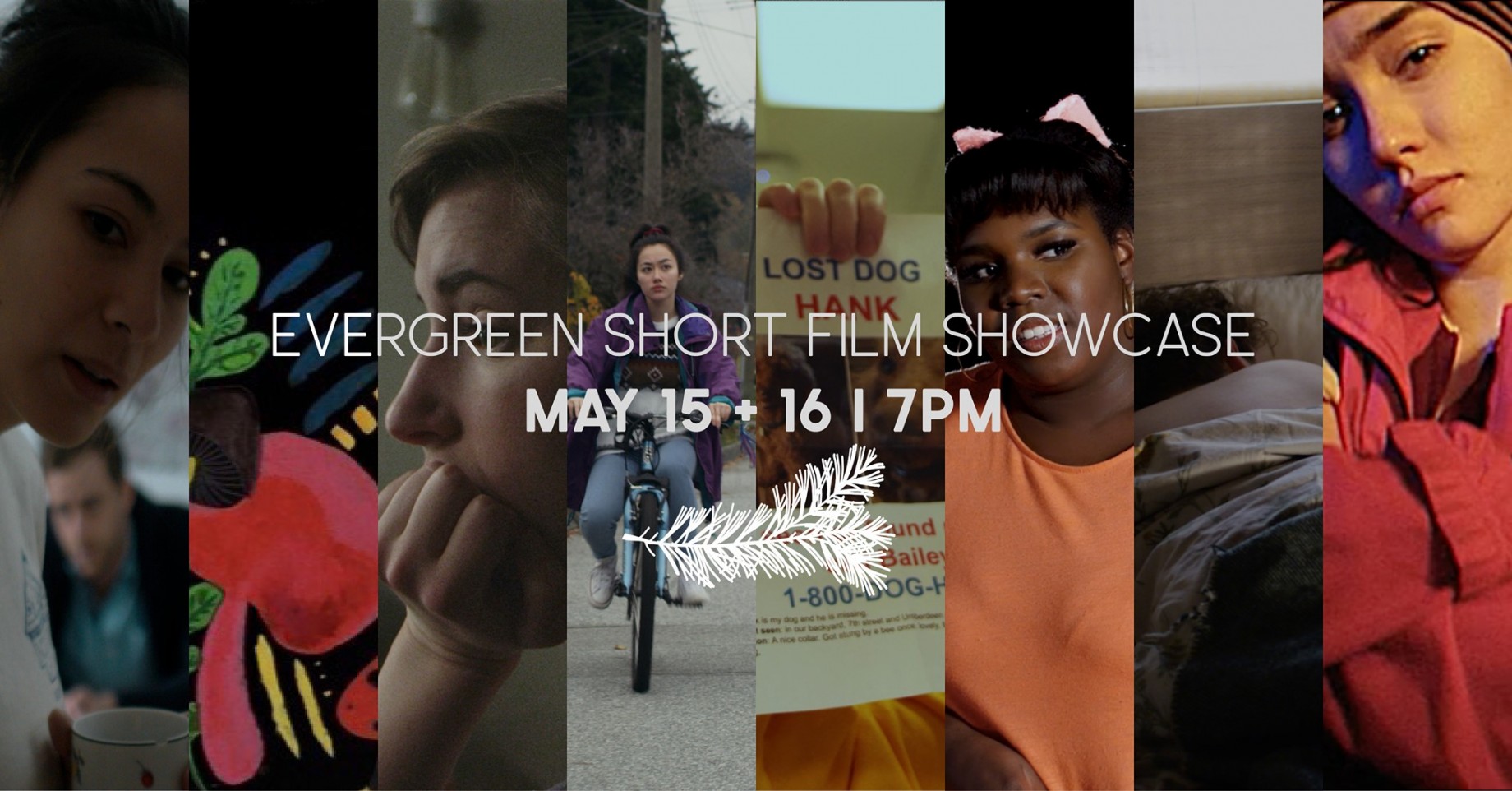 Join us May 15 + 16 for a weekend of short films at our first ever Evergreen Short Film Showcase! In a time where many grad screenings and performing arts presentations are being postponed or cancelled, this two-night, online film screening features works from 8 local, emerging filmmakers from the SFU School for the Contemporary Arts Film Production Program. This showcase is completely free for the community to enjoy and is screening on the Evergreen Cultural Centre Facebook page!

Some of the films include mature content and are recommended for older viewers.