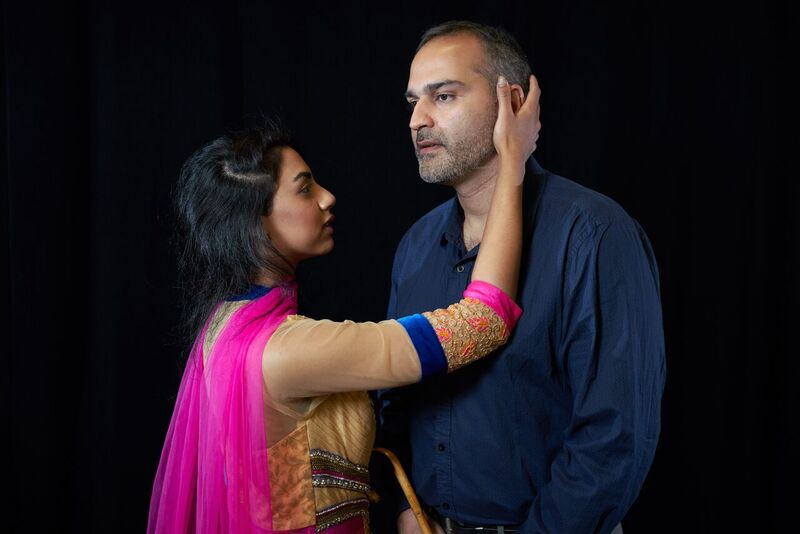 The lives of an Indian exotic dancer and her embittered mother are altered when a blind stranger visits them. Poetic, mythic, and brave, Anosh Irani’s 2006 multiple Dora Award-winning Bombay Black is a searing play set in the bitter reality of India. Funny, violent, humane, and directed by Mumbai-born, Jessie and Fringe award-winning Indo Canadian producer Rohit Chokhani. In this re-imagination, it is for the first time the play is being presented from the perspective of the blind man. An early version of this production won the Pick of the Fringe award at Vancouver Fringe Festival 2017 and had a sold-out run after the first show wowed audiences with its unique vision. It was picked by the Georgia Straight amongst the 20 best shows on Vancouver stages in 2017 and was also one of the runners-up for the Georgia Straight Critics’ Pick award for Vancouver Fringe festival in 2017.

“Bombay Black asks its audience to reflect on motivations for human nature and dwell on life’s big questions, even as they suspend their disbelief’  – Torontoist

“This is one of the most harrowing, unsettling, and mesmerizing plays I’ve ever seen. Ten hours after leaving the theatre, I’m still shaken by its uniquely poetic horror, and marvelling at the complexity of what acclaimed playwright Anosh Irani weaves in Bombay Black’s dense 75 minutes. The performances are all stellar, but Kanji is unforgettable as the diabolical Padma, who belongs in the hall of fame of horrifying fictional mothers “  – Andrea Warner for The Georgia Straight

Presented as part of the Evergreen celebration of Diwali in BC. DIWALI IN BC.