When you think of Brazilian food, what springs to mind? Well, for one, barbecued meat! At Rio Brazilian Steakhouse in Coquitlam, your thoughts can take a far-away adventure while you load up on proteins from the grill, fresh salads and sides.

Felipe Ramos, who moved to Canada with his family in 2001, gives the Foodie 101 on Brazilian food.

Fun fact: Brazil is almost the same size as the United States. So it’s no surprise that Brazilian food is influenced by a mix of broad cultures including Portuguese, Spanish, German, Dutch, African and many more.

“This has created a cuisine so powerful and flavourful that it’s unique. It’s vibrant and comforting,” says Ramos. “Although Brazil has many different traditional dishes, one thing we have in common is our love for BBQ – and the way we prepare it. It starts with good meats roasted in an open fire, some marinated and some just using coarse salt – this is called Rodizio – and to serve with this BBQ we have a plethora of dishes and salads.”

On the other spectrum are seafood dishes such as Moqueca, which is traditional in the northeast, where the Ramos family is from. “This is a palm oil and coconut milk fish stew that’s just unbelievable and unique to us. The use of coconut, palm oil, garlic, cassava, yucca and corn are widely used in Brazilian cuisine.” 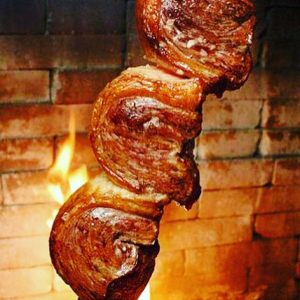 “This is our main BBQ dish and what Brazil is known for: succulent and tender beef sirloin cut in a unique way. It’s tossed with coarse salt and grilled on our one-of-kind BBQ,” said Ramos. 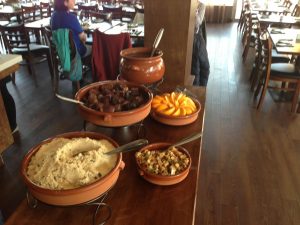 Brazil’s national dish is a black bean stew with pork beef and different kinds of sausage served with rice and Farofa (toasted cassava flour with butter and onions).

This Brazilian cheese bread is deliciously fluffy and gooey – and gluten free.

Also worth a try… 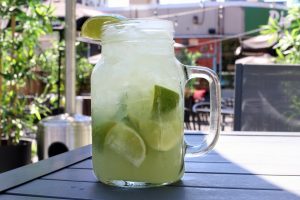 How to order (or you can now Dine In)

Rio is now open for Dine In and they have patio seating for those that like to dine outdoors.

You can order takeout or delivery through DoorDash, SkipTheDishes or UberEats.

Visit their website at riobraziliansteakhouse.ca and check out their takeout/delivery menu.