Let’s raise a glass to craft beer! Whether your taste buds fancy a lager, stout or ale, you’ll find plenty of tasty pints to sip in Coquitlam. Here are a few places that offer an over-and-above selection of suds.

MY CITY: “My favourite parts of Coquitlam are the abundance of great outdoor spaces and the events and festivals. Town Centre Park is a great example: it’s one of my favourite places to walk my dog, and hosts the Canada Day and Kaleidoscope festivals.”

BEST BEER: “Mariner Brewing’s Northeast IPA has been drawing the most attention. It’s bursting with tropical fruit hop aroma and flavour with a smooth, less bitter finish. It’s available in our tasting room at as well as in local liquor stores and pubs.”

TRY THIS: “The Coquitlam City Centre neighbourhood has a cornucopia of great food and drink venues and our craft brewery adds to the culture of leisure, fun and community involvement. The craft beer scene is just emerging in Coquitlam, making it a great time to start exploring.” 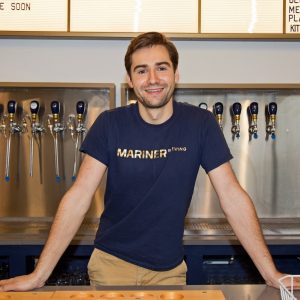